Since Hurricane Irma hit the island things have changed quite a bit. There is a “before” and “after” Irma in every conversation that you have. If asking for directions, how to do business, or where you can buy certain things, you always end up saying, “before Irma they were at this location….” or “I don’t know, if you can buy it there, but before Irma it was at…”

Irma changed the infrastructure, the sights, the views, the way of business, where you live and where you work, but it did not change the mindset of the people of Saint Martin. When I talk about the island, I see it as a whole island, not as two countries, even if that is the case. Sint Maarten is the Dutch part, Saint Martin is the French part and SXM, for me, is the whole island.

Consider that we have to deal with five governments during this recovery process, our two local governments, France and Holland and the EU in Brussels. We have local people, Indian, Chinese, French and Dutch, over 120 different nationalities on the island. Each has its own way of approach to the island and all of us adapt to the way of life here before and, now, after Irma.

Since Hurricane Irma, about 8,000 people left the French part of the island, and around 11,000 left the Dutch part. Considering that we have around 40,000 registered inhabitants on the French side that means 20% – 25% of the people have left. These people might come back in a while, but perhaps they will find new jobs somewhere else and then even more people will leave.

The rest of us had to struggle with the insurance companies, with laws and restrictions just to get our feet back on the ground. After fixing roofs and homes, now is the time to get our businesses up and running. All businesses rely on tourism and we have hardly any hotels left, only a few cruise ships coming, so things will get tougher.

After coming through the low season, all of us hoped for a good start to the high season in December. Now we will have fewer guests and much less income. This is the time that government on both sides of the island must work together in order to set up a good plan for the island as a whole.

The Dutch side did not get hit as hard by Irma, but there remain struggles within their government and with the upcoming election. The Kingdom of the Netherlands made clear that the funds for aid are being monitored well and, with the election coming, they will wait for the new government to be installed, which will take until April. In the meantime, people in need get desperate.

The French help was massive. All roads are now clear, electricity is up and running, water as well. Phone and internet are not completely restored yet, only 50% of the households have internet. Property taxes for houses and buildings are being deferred for a year. Loan payments to the banks are being deferred until the end of the year and businesses can apply for no interest loans from the government. Also, many people who lost their jobs and are now unemployed are getting money from the government.

Unfortunately, the same isn’t true on the Dutch side, at least not yet. And now, some of the people from the Dutch side register on the French side in order to get help. This puts more pressure on the French. Having the port and the airport and less structural damage, the south of the island weathered the storm better than the north side, but that gets overshadowed by the lack of a strong government.

But most important is that the people who live here, who can say “I from here”, help each other no matter what side of the island, what country, what government – they are not concerned with any of that. Their concern is to help each other and to restore the island to its original beauty. To be part of their community and to be accepted makes us very proud, and we learn so much from the true hearts here on SXM. This island truly is THE FRIENDLY ISLAND! 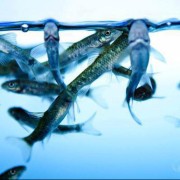 Angie lives in Saint Martin near Oyster Pond. When she's not busy touring the island she runs a business called Caribbean Snow Ice and a German blog called Zauber der Karibik (Magic of the Caribbean). Visit www.caribbeansnowice.com or www.zauberderkaribik.com for more information.